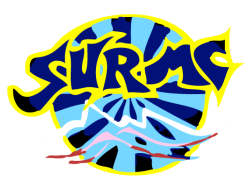 Fantastic trad climbing on the sea cliffs near Nowra. Suitable for experienced climbers only.

This program is suited to people who have previously done the beginner program, or already have some understanding of sequencing, hold differentiation, and technique. These lessons will focus on learning how to approach training, as well as how to structure a program to suit your level and ability. Spaces are limited, so if you’re unsure whether this program will suit you, have a quick chat to Laelia on Wednesday night.

Sessions will include, but are not necessarily limited to:

A chilled day of climbing at Bangor.

Cancelled at the last minute due to weather. No seriously, the skies were clear until the night before!

As semester two begins, the lobes of the manky cam are coming to alignment. The prophecy of Master Pete warns us that a great battle between the three nations of Middle-Sydney (SURMC, UNSWOC, UTSOAC) is about to begin. Only one nation can emerge victorious, and they will be rewarded with the powers contained within the manky cam.

This is a climbing competition between the Uni climbing clubs held at the ledge and is designed to cater for all levels of climbing. Keep up to date on their Facebook page. EVERYONE is welcome to join us on this night.

Unfortunately, this trip was cancelled due to rain. Lots of rain.

PARTY: contains food, drinks, music, and potential climbing partners. May contain traces of intoxicated climbers. This night was a great success and a opportune time to network amongst the climbing community. The winners of the raffle claimed their vouchers to Mountain Equipment. A big thanks to everyone who helped out with the smooth running of the night.

It was an exciting day as our first trip for Semester 2, 2014. We went to The Promised Land, no joke, that's the name of this very new and well maintained crag up on the North Shore.

UNSW Outdoors Club was kind enough to invite us along to their start of semester event, a BBQ followed by PUBGAINE (like rogaining, but in the city)! Thanks to UNSW for having us along, it was a lot of fun.

We didn't quite make it to Blue Lake, and so we didn't really go ice climbing. But we had a great weekend at the snow anyway! And we did some backcountry skiing/ snowshoeing.

To make up for the hard-ish routes at Berowra, we had an easy day at Crosslands. Beginners got to try lead climbing on the easy routes, whilst the experienced climbers did trad and attempted the harder sports routes.

Winter finally came! After a few days of snow, we decided against climbing at Dam Cliffs. We went sports climbing at Berowra instead (although it was still cold). Beginners got to try top roping, whilst intermediate climbers got to learn how to lead climb.

Dress up night at the Ledge! Thanks to all those who came out in their finest pyjamas and lycra attire and lifted the Ledge's dress code to a whole new grade, you all looked splendidly ridiculous!

Congratulations to our prize winners:
Julia and Thomas took out best lycra for their fabulous matching climbing partner leotard and tight outfits. Jemma was awarded best PJs, for looking convincingly as though she had just rolled out of bed and started climbing in her purple flannelette jimjams. And last but definitely not least, the prize for best other went to Matt Anderson, the best fairy of the night, who even managed to get his harness on over his tutu!

GIRLS ONLY!! A day of sport climbing at The Stables (near Pennant Hills station), all levels welcome!! See the Facebook event.

It's that time of year again, to head on down to climb at the one and only Mount Arapiles, Victoria.

A trip to the Blue Mountains, for those who aren't going to Araps. Details on the Facebook event page.

We ran 2 first aid courses with Sydney Uni Bushwalkers. Each course covered Remote Area First Aid, at the super discounted price of $60 per person. This course is highly recommended for anyone that goes outdoors regularly. These courses were great to do, hopefully you'll not need to use what you learnt here. Always remember to plan ahead and be safe.

To welcome our new members, we run climbing training sessions. These sessions covered basic climbing techniques and are suited to beginners. Now it's time to put all those skills into practice, clock up the hours and get out there climbing. We may run something similar in Semester 2 for intermediate climbers.

This trip unfortunately was cancelled.

To make the most of the extended aussie summer, we decided to go deep water soloing at Jerusalem Bay. But on the day we ended up doing a lot of shallow water bouldering, traversing, and jumping off cliffs. None of us had the guts or technique to ascend the mighty overhang, so instead we promised to try it again another time...

Another successful trip! We had 36 club members cruising around Lindfield Rocks, sending routes left right and center. The beginners got a taste of outdoor climbing, and the experienced climbers got to muck around on Pipe Dreams.

Thanks to everyone who came to the Annual General Meeting. We would like to thank last year's committee for doing a great job of running the club and organising exciting events. A special shout out goes to Bon, who put in an enormous amount of time into the club and went far beyond his specified role as President during 2013.

We would also like to welcome this year's committee:

Cheers to everyone who came! It was great to see so many people climbing at the Ledge and partying till late at the Roxbury.

O-Week Stall 2014 was great - we saw the return of old members, and welcomed plenty of new members. We also got to showcase out wonderful t-shirts, which are available for sale.

Thanks to everyone for making this a great weekend. If you have any gear left over that isn't yours please return it to the club/ person owning it. If you have UTSOAC or UNSWOC gear you can return it to SURMC we can give it to them for you.

USYD, UNSW and UTS outdoors/climbing clubs are joining forces for a combined trip to the Megalong Valley. There will be rock climbing, canyoning and hiking. For more details and to sign up go to this trip's page. Be sure to sign up early because numbers are capped at 34 for each club.
All content on this website is protected by Australian Copyright laws. No content can be reproduced without the permission of the SURMC IT Officer.